Jump to: Select a project

A renovation of the landmark Wright Brothers Wind Tunnel created the most advanced academic wind tunnel in the nation to date.

Themes: Innovation and collaboration
Renovation and renewal
Enhancement of life and learning

A renovation of the landmark Wright Brothers Wind Tunnel created the most advanced academic wind tunnel in the nation to date. 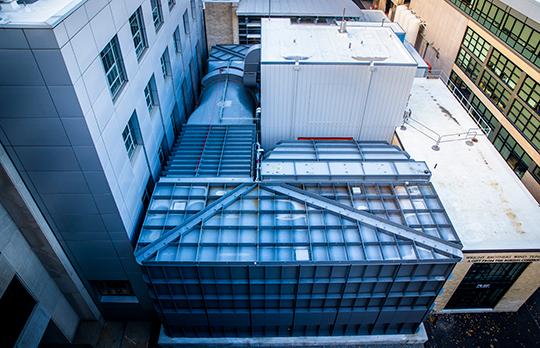 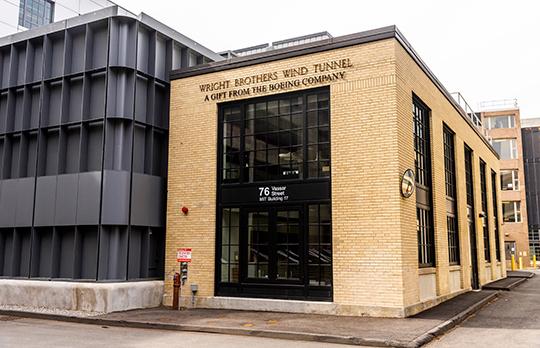 Since it first opened in September 1938, MIT’s Wright Brothers Wind Tunnel has been an instrumental tool in the development of aerospace, architectural, vehicular, sports, and other engineering systems. Testing at the facility has ranged from aircraft and ground structure aeroelasticity to the aerodynamics of subway station entrances, space suits, racing bicycles, and Olympic ski suits. After 80 years of service, MIT undertook and completed a renovation and modernization of the landmark facility.

The new tunnel incorporates state-of-the-art technologies and equipment that provide expanded capacity while lowering fan motor power consumption. With a test area volume of 1600 cubic feet and the ability to test speeds up to 200 mph, it is the largest and most advanced academic wind tunnel in the nation (as of construction completion). Located at Building 17 on the site of the current tunnel (which was dismantled), the new facility retains the Wright Brothers Wind Tunnel name.

The renovations included updates to the control facilities, a full rehabilitation of Building 17, and infrastructure updates in Building 37 and in the Building 33 Hangar. The project also created direct connections between the tunnel and AeroAstro workshops.