Jump to: Select a project

Themes: Innovation and collaboration
Renovation and renewal
Sustainability
Enhancement of life and learning 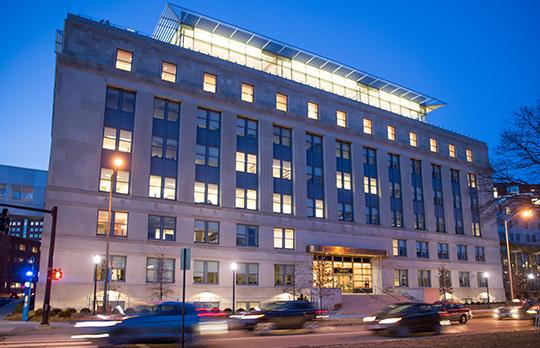 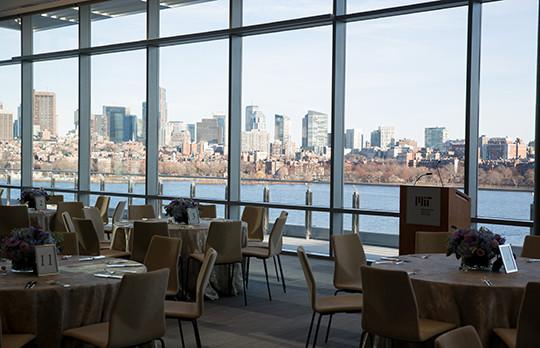 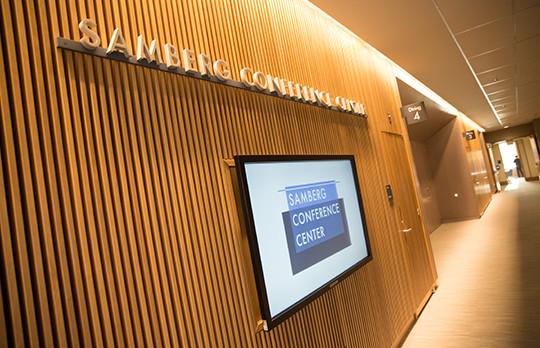 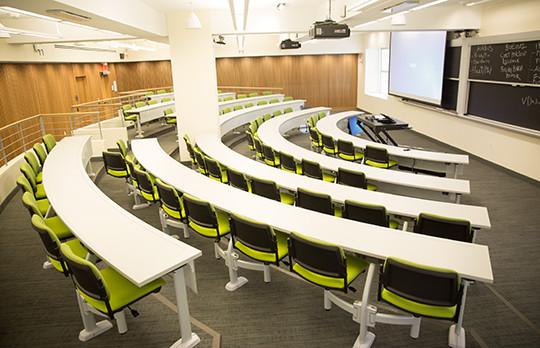 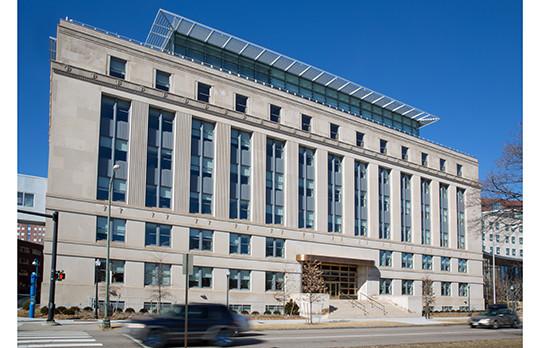 An Art Deco landmark along the Charles River, Building E52 was designed by Shreve, Lamb, and Harmon, the architects of the Empire State Building in New York City, and constructed in 1938 as the Massachusetts headquarters for the Lever Brothers Company. Purchased by MIT in the early 1950s, it became the first home of MIT’s School of Industrial Management (later renamed the MIT Sloan School of Management). As part of the renovation, E52’s distinctive bronze and limestone exterior was scrubbed and restored, and its windows were all replaced with operable windows that replicate the original design. Other preserved historic details include the lobby’s floor, where the original terrazzo has been meticulously replaced following the original pattern.

Building E52 is named in honor of Morris Chang '52, SM '53, ME '55 and Sophie Chang, whose generous gift made the restoration possible. The Samberg Conference Center, named to honor the generosity of Arthur (SB ’62) and Rebecca Samberg, features a 20,000-foot glass-encased top-floor addition and terraces offering extraordinary views of the river and Boston.